Deep Liberty team just too much for Foothill 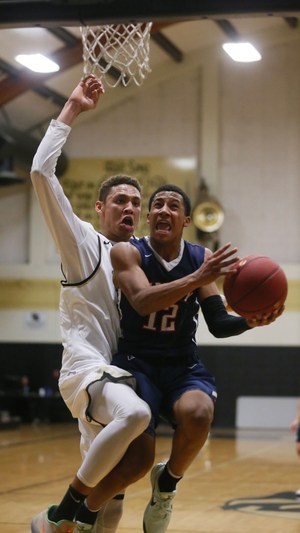 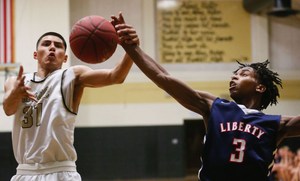 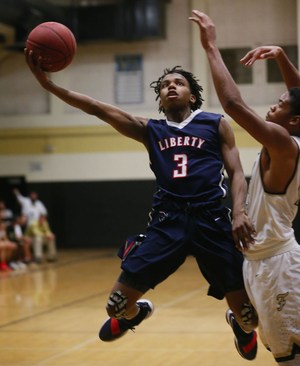 Liberty had too much firepower on this evening. Way too much.

The Patriots, headlined by their guard tandem of Isaiah Hill and Kadar Waller, along with a solid supporting cast, handled Foothill 71-53 on Monday night.

The game, played at Foothill, was an illustration of what the Hill-Waller tandem can do to many opposing teams on a nightly basis: Create a matchup issue that's difficult to counteract.

The two hounded Foothill ball-handlers throughout, as Trojans head coach Wes Davis said his team suffered 25 turnovers on the evening. When that happened, the Patriots got off to the races on the offensive end of the floor, and that spelled trouble for the home team.

Waller had a game-high 23 points, while Hill added nine. But it’s what they did on the defensive end of the floor that was the defining difference. According to the Liberty stat sheet, Waller had three steals while Hill had a whopping 10.

“That’s our role. Me and Isaiah. Frustrate the guards,” Waller said at center court following the game. “We create turnovers and that leads to easy buckets and fastbreaks.”

While the Trojans have some horses in the frontcourt — Malik Tautau and Edward Turner, specifically — the team lacked a true ball handler that could alleviate that pressure-packed defense.

“Those guys are college-level guards. I mean, D-I guards. Let’s face it,” Davis said of the Liberty backcourt.

Foothill’s coach would later add, “At this level, when we’re going to play a D-I opponent, everything has got to be clicking. You’ve got to have a guard or two that can handle that ball. And that put a lot of pressure on our bigs to handle the ball.”

Liberty also showed its superior depth. Coach Jeff Hicks said about 12 players took the court in the first half before he tightened up the rotation in the final two quarters.

A main beneficiary was guard Alex Honea, who came out smoking in the opening quarter. Honea drilled three straight 3-pointers to get the game going in Liberty’s favor, as the Patriots took a 23-11 lead after the opening stanza.

Forward Kameron Burris-Garofalo also proved to be snug fit in the Liberty lineup, finding himself with the ball often and finishing with 10 points.

“No. 5, I thought he was a new kid,” Davis said of his surprise with Honea’s immediate impact on the contest. “He lit us up. He kind of broke the game open.”

Foothill used a spirited second quarter to get back into the contest. The run was spearheaded by the solid play of Tautau, who banged his way along the interior to score 15 first-half points.

The home crowd became involved with each Tautau bucket, and the Trojans trailed just 36-27 at intermission.

“Their energy level was very high,” Hicks pointed out. “We were able to match that.”

The Patriots pushed the pace in the second half and led by as much as 20, 59-39, to start the fourth quarter.

“Their talent, overall, just got us,” Davis said.