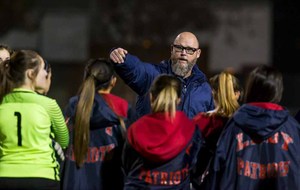 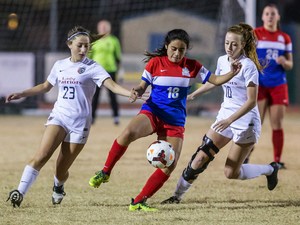 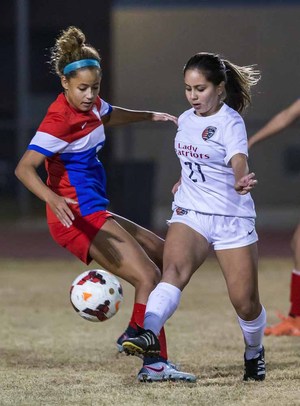 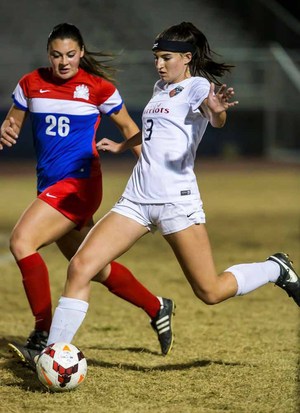 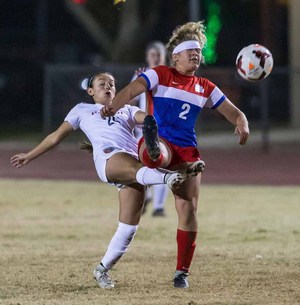 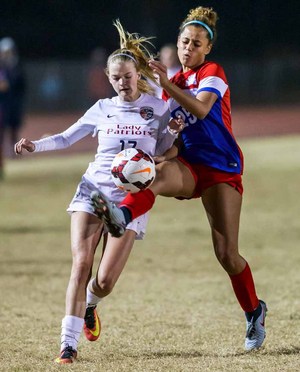 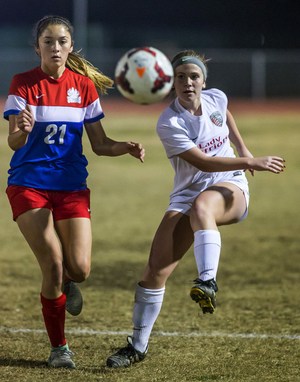 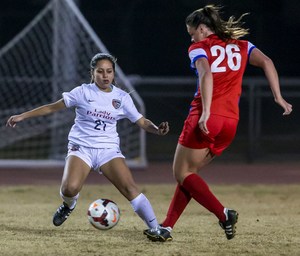 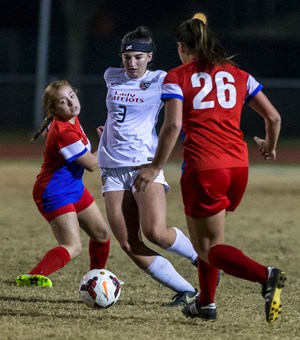 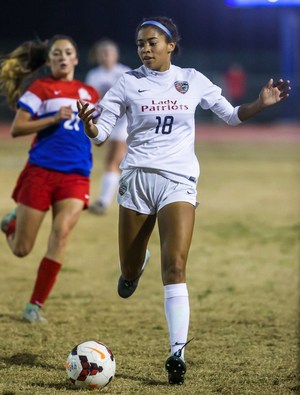 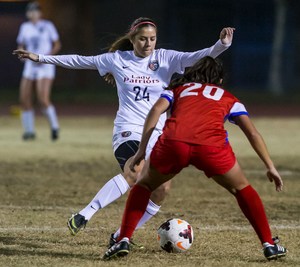 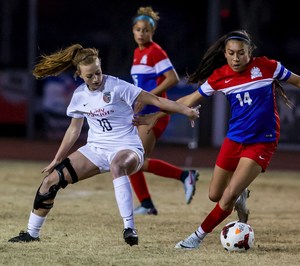 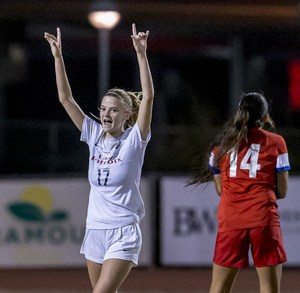 A season ago, Liberty girls soccer coach Brandon “Boog” Hearron was amazed at the level of play his team competed at despite a rash of injuries that took away more than a half dozen starters throughout the season.

The Patriots won the Southwest Yosemite League title last year with a 9-1 record.

With four of those injured players back on the field and healthy, Liberty moved to 5-0-1 after a 1-1 tie against Clovis-Buchanan at home on Wednesday.

“It was a competitive game. Buchanan is going to be a top team in the Valley this year,” Hearron said. “I thought it was a good way for us to measure where we are at right now. I thought both teams had chances tonight. They are a little more athletic than what we’ve been seeing, so it was good for the girls to get kicked around a little bit.”

Hearron, though, is still a little timid knowing what happened a year ago. He's hopeful for a healthy year knowing how big it is to have those players back and healthy.

“It does, knock on wood,” Hearron said. “We still have four tournament games left and get out of that unscathed and get ready for league.”

Buchanan took an early 1-0 lead in the first five minutes with a goal by Haley Barsotti.

Liberty responded at the 22nd minute as senior Bryanna Bartlett, one of those injured players from a year ago, took a deflection from about 10 feet out and scored the equalizer.

“Bry is scoring well right now,” Hearron said of Bartlett, who has five goals in the first six matches this season.

The star of the night for Liberty was sophomore goalkeeper Megan Lynch, who had six saves as Buchanan had nine shots on goal.

The Bears (5-1-1) senior forward Jaden Belcher had an open look at the goal late in the first half before Lynch sprinted to her left to grab the save.

“She had a big night. A big save for us,” Hearron said. “She’s a solid keeper. She’s a great asset to have. A solid goalkeeper is huge in high school.”

But the health of the seniors for Liberty — with Riley Slayton, Caitlin Goetjen, Hannah Champness and Bartlett, who all missed some or all of last season — is key to the Patriots’ success.

“It’s big time,” Hearron said. “And we have a young group that pushes them everyday. We’ve got girls in the right spots.”

Liberty opened the season without a match against a Central Section Division I opponent before Wednesday’s contest.

Getting a 100-minute match in that went through both 10-minute overtime sessions was key for Hearron before tournament play at Newhall-Hart this weekend.

“We could have been cleaner, but it’s still early in the year,” Hearron said. “We will take it. We just have to compete. The girls realized they had to come out and be a little scrappy tonight. Once we start cleaning it up, I think we will be just fine.”