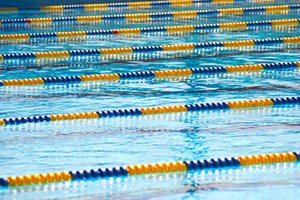 Julio Alcantar was a sophomore in 2015 during the inaugural CIF State Swimming and Diving Championships.

For the past two years, Alcantar has pushed himself to become the best, and at the Central Section Division I Swimming Championships on Saturday at Clovis West High School, Alcantar became the lone Kern County swimmer to win a D-I individual title. He could barely contain his excitement afterward.

“It feels great, man,” Alcantar said. “I’ve been waiting all year for this … It’s huge, man. I am so psyched up right now. I am so excited that I get to go to state individually.”

Liberty coach Marc Urmston calls Alcantar “wild and uncontrollable,” but “it’s amazing to watch him control himself and poise himself on the top.”

“He gives you everything he’s got,” Urmston added. “He has some times where he felt that he should have won and came up short. But that’s swimming. That helped with all of the work he has put in over the years and he’s proud of it, and should be.”

Alcantar will not be alone in representing Kern County at the CIF State Championships next Friday and Saturday at Clovis West.