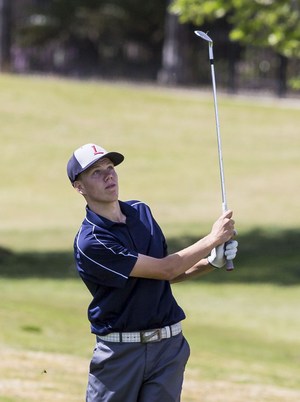 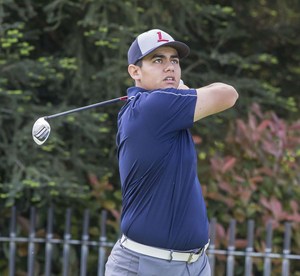 Defining Dakota Ochoa as an athlete is difficult. The Liberty sophomore is a football player, a basketball player and golfer...
Add it all up, and Ochoa is a competitor who is becoming one of the top golfers in Kern County. He shot a 1-over-par 73 to win the individual title at the fourth Southwest Yosemite League meet Wednesday at Seven Oaks Country Club.
“He is an athlete,” Liberty coach Kirk Bowyer said. “That’s one of the things you see modern golf going to is that he is an athlete that plays multiple sports. He comes out here and has that ability to grind with it.”

Ochoa shot three birdies and four bogeys to lead the Patriots to a second-place finish with a team score of 417.

“The putter was hot today,” Ochoa said. “I just try to put myself in the right spot. If I hit a bad shot, I just forget about it and (move) on to the next hole and keep going.”

Ochoa and Bowyer both have seen the sophomore progress in staying consistent on the course from hole to hole.

“The last couple of weeks he’s really been dialing the putter in, and as we go forward and we start to get into the playoffs in May, it will be the key,” Bowyer said. “It’s the putter that’s going to lead him. But he’s a really good driver with the golf ball.”

“The competition will probably still be the same after the seniors leave,” Ochoa said. “There are a lot of good (underclassmen) this year.”

“We joke around a lot, but once we are on the course, we are all pretty serious about who is first and who is last,” Ochoa said.
http://www.bakersfield.com/sports/liberty-s-ochoa-leads-the-way-at-swyl-golf-tournament/article_66b86629-cad5-52b4-8020-2570a1862ee6.html Source: Trevor Horn @trevhorn.