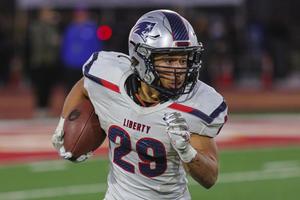 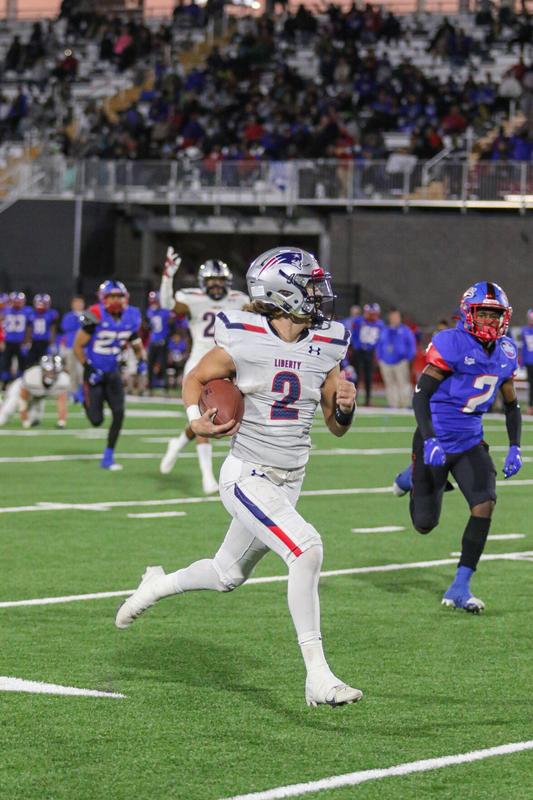 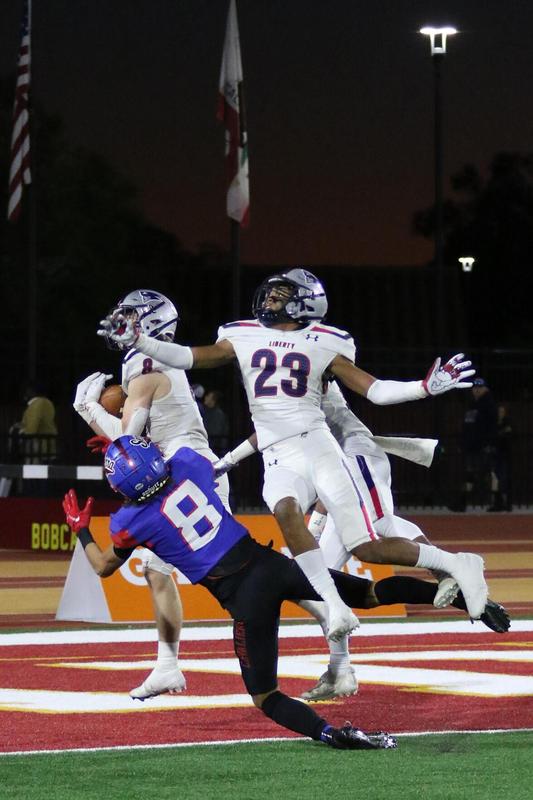 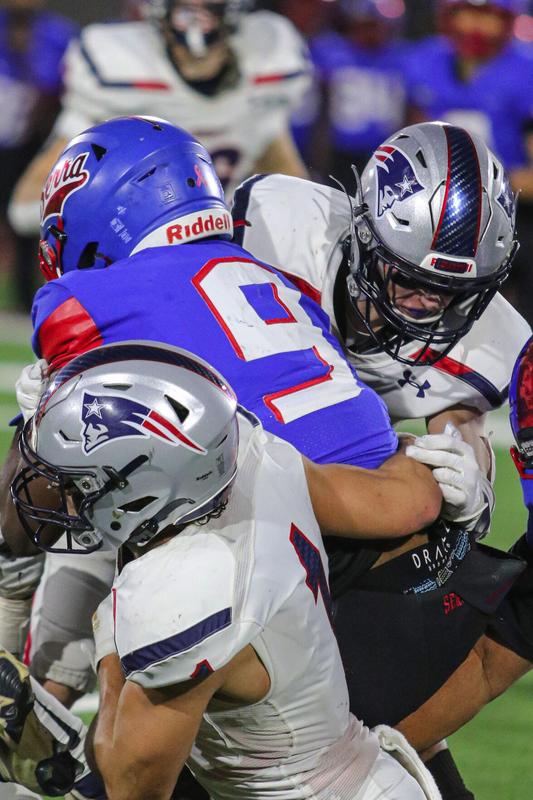 Trailing by 12 points late in the game, the odds were definitely not in Liberty's favor. But after everything imaginable went wrong in the second half, the resilient Patriots football team still had a chance to win a state title Saturday at Saddleback College.

Patriots senior quarterback Carson Woods, recovered from two fourth-quarter interceptions and guided his team to a late touchdown to give Liberty a sliver of a hope with 1:31 left in the CIF State Division 1-A championship game.

Unfortunately, the magic that had helped the Patriots to nine straight wins, including a section title and a NorCal Regional Bowl victory, ran out when Gardena-Serra controlled Liberty’s onside kick attempt and ran out the clock to preserve a hard-fought 21-16 victory.

“It’s gotta hurt, to go this far and to come up just that short,” ninth-year Liberty coach Bryan Nixon said. “Understanding what they did all year long. The memories that they’ve had, the opportunities they had to play all over the state of California and Nevada … I love them to death and they competed their tails off.”

The state title was the third in Serra’s history, but the first since 2012. Liberty (11-3) was looking for it’s first.

But it wasn’t to be.

Leading 9-7 at the half, Liberty’s stout defense bent a little, allowing the Cavaliers (11-4) to move ahead with a 13-play, 80-yard drive in the third quarter, gobbling up nearly six minutes.

The lead held until Woods, backed up to his own two-yard line, threw off-balance from the end zone and Serra’s Tre’ Harrison returned it 10 yards to extend the lead to 21-9 with 6:37 to play.

Liberty moved the ball to midfield on its ensuing drive, but Woods was picked off again, this time by Dakota Fields, who made a juggling catch.

“We weren’t able to be consistent during that time,” Nixon said. “And it’s bad to not be consistent at that moment, but it is what it is and we’ll learn from this.”

But the Patriots forced a punt and Woods and his teammates responded by moving the ball 86 yards, capped by a 13-yard TD run by Woods with 1:31 to play.

“That just showed that we didn’t want to go out like that, we wanted to fight,” said Jalen Hankins, who rushed for 107 yards on 22 carries. “We did all we could and the outcome is what it is. But I’m just happy to play for my brothers, my teammates. I love them and I’m looking forward to coming back next year.”

“We just came out, played physical and came off the ball, but mistakes happened,” Liberty lineman Grant Buckey said. “Things didn’t go our way and that just affected the game. We played a good team and they made less mistakes then us.”

Serra punter Kai Honda’s 41-yard punt took a fortuitous bounce and went out at the one. Two plays later, Woods' pass resulted in the pick 6.

A defensive battle throughout, the first half was especially hard-hitting every yard for both teams, with Liberty holding Serra in check.

Liberty moved the ball on its second drive, but when the drive stalled the Patriots settled for 28-yard field goal by Dylan Lynch with 5:36 left in the first quarter.

The Cavaliers responded with a 13-play, 80-yard drive, capped by an 11-yard touchdown run by Troy Tw Crozier off a reverse that gave his team a 7-3 lead with 1:32 left in the opening quarter.

The Patriots regained the lead late in the first half when Woods avoided pressure and broke off a 38-yard scoring run with 1:56 left in the second quarter.

“It’s gonna hurt, life’s gonna hurt,” Nixon said. “But we have to understand that this is always a little bit bigger. At the end of the day, what they’ve done this year has been amazing. And the things they’ve accomplished and the memories they’re going to take away from this are going to last forever.”